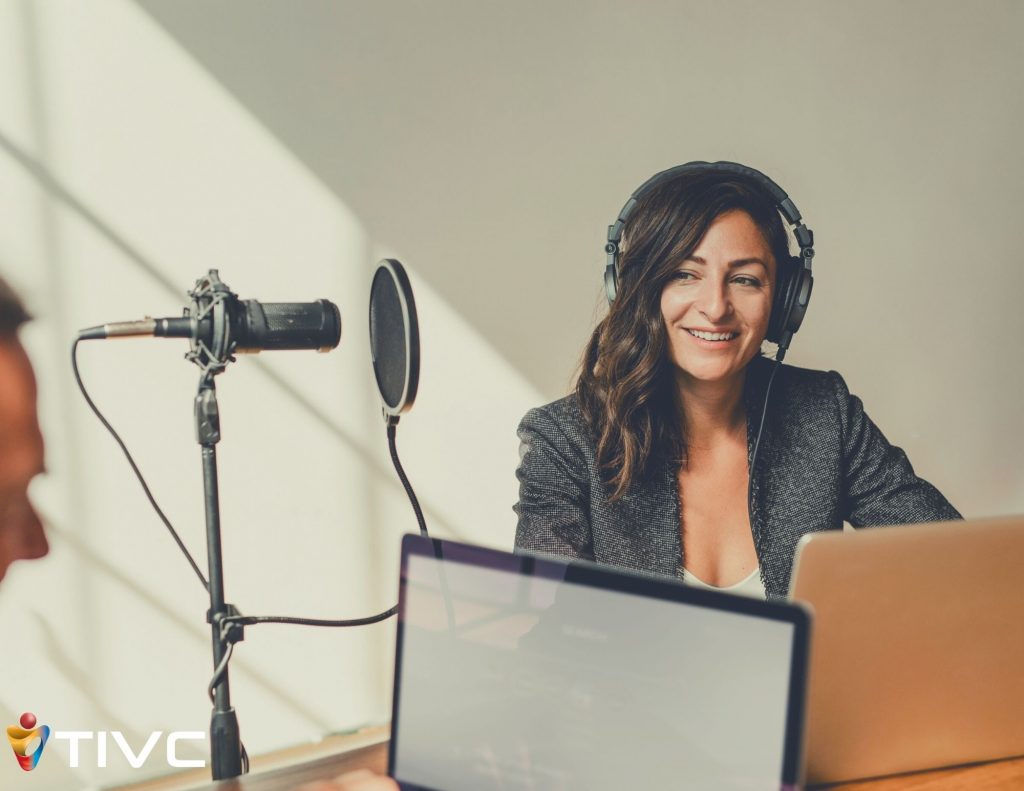 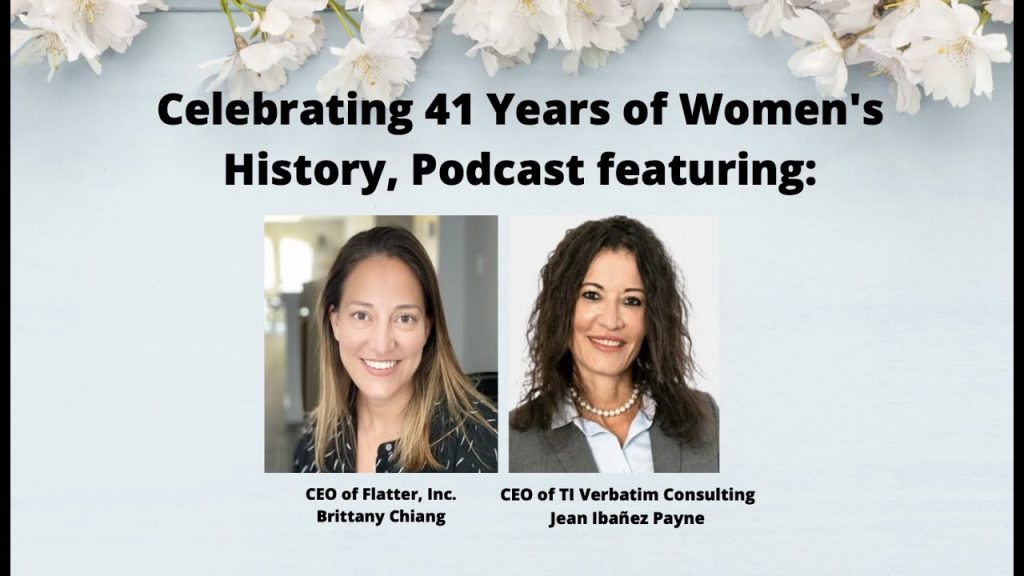 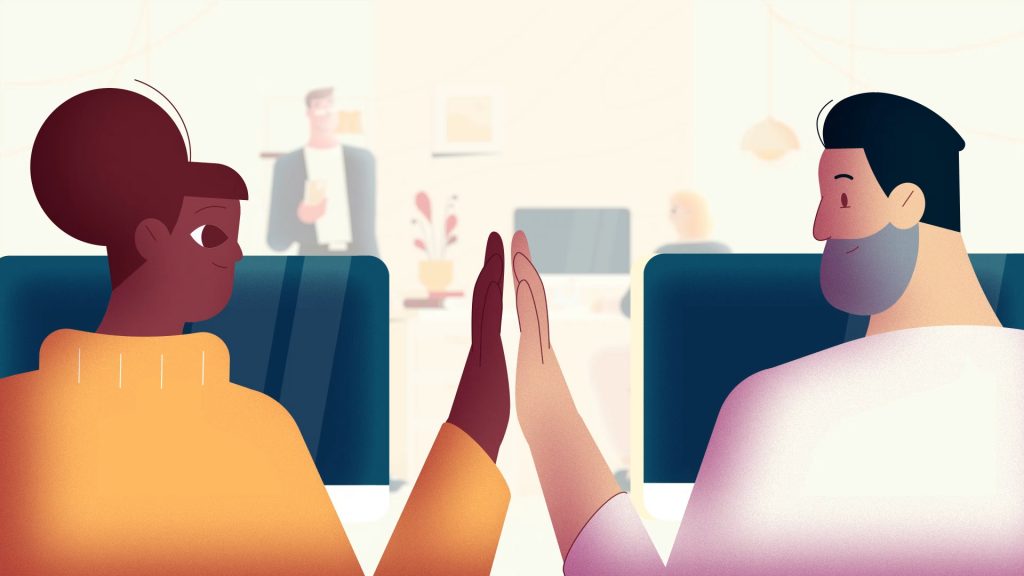 We offer workplace culture optimization based on diversity and equality.

We believe any successful workplace has a human-first approach, and we are dedicated to helping people work better together. Via our four pillars, Diversity Equity & Inclusion (DEI), Organizational Culture Optimization, Training & Development, and Strategic Communications, we help create happy work environments for humans. 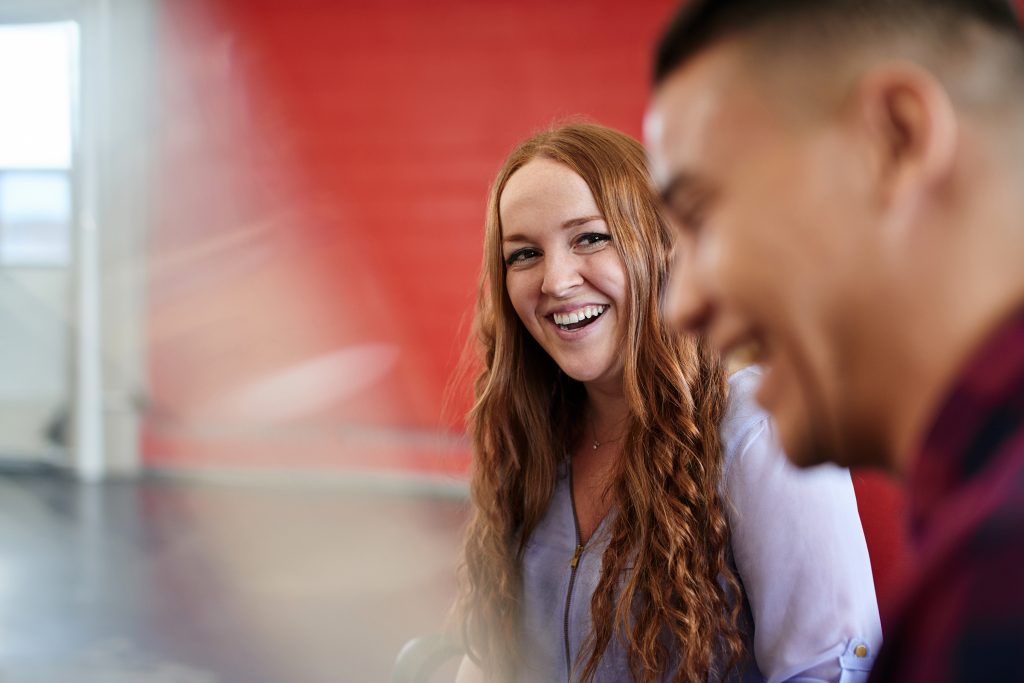 A healthy workplace is
essential for human well-being.

Our methodologies are rooted in neuroscience, psychology, deep cultural and contextual knowledge, empathy, and inclusivity.

To reach new horizons in human relationships, we need to listen and be willing to have difficult conversations. Our experts dig deep into a company’s internal culture to identify strengths, weaknesses, and opportunities and will work with you to find the best-suited solutions.

In the current landscape, we strive to provide cultural knowledge to optimize equality, equity, inclusion, belonging, and diversity in the workplace. 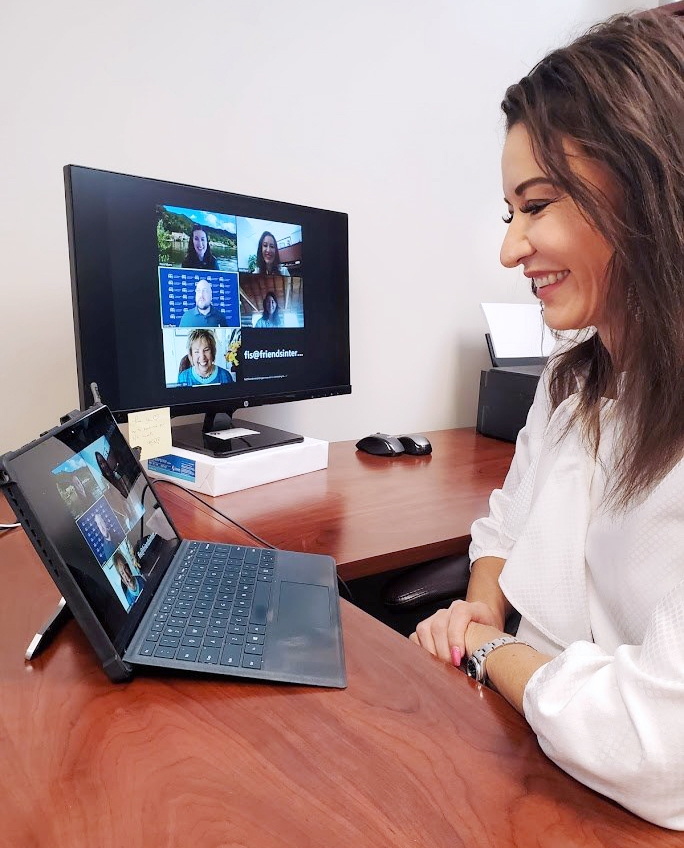 “The three words I would use to describe what sets TIVC apart from our competition are actually inspired from one of our customers: Reliable, resourceful and responsive.” 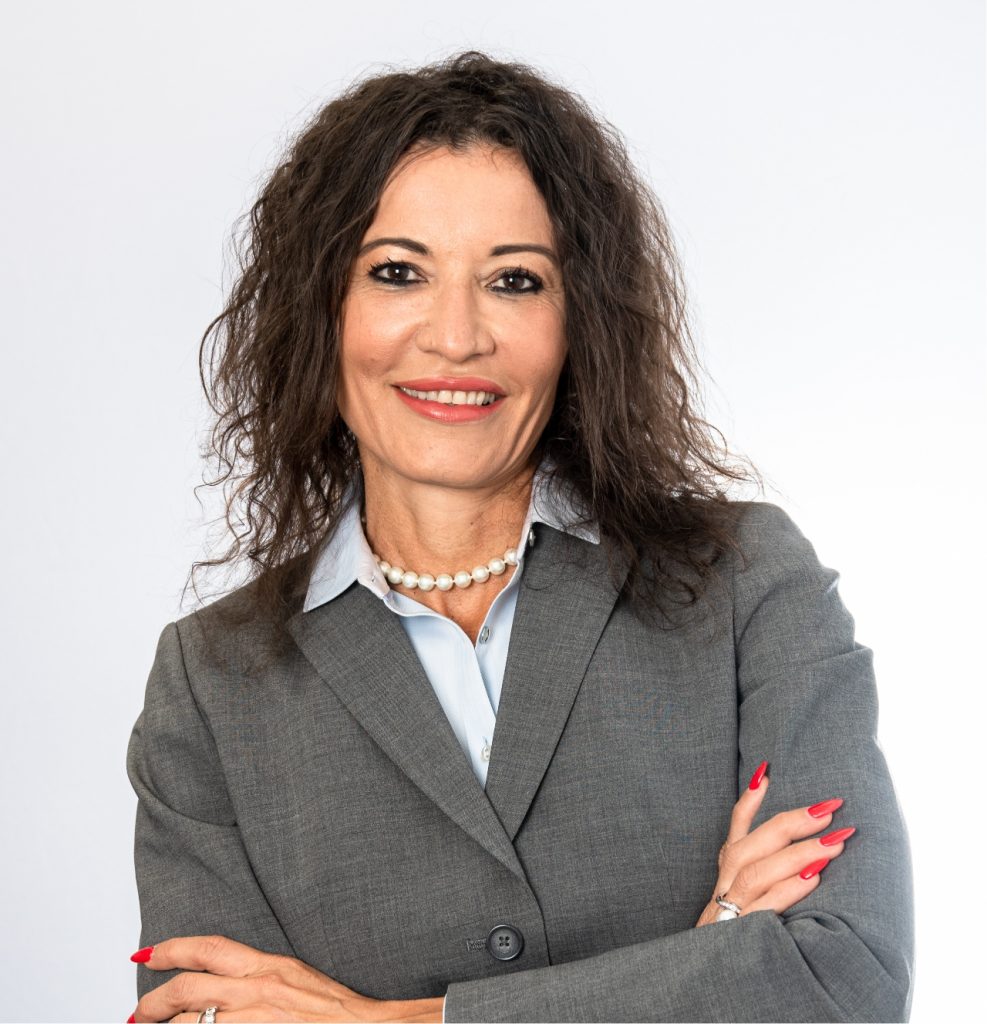 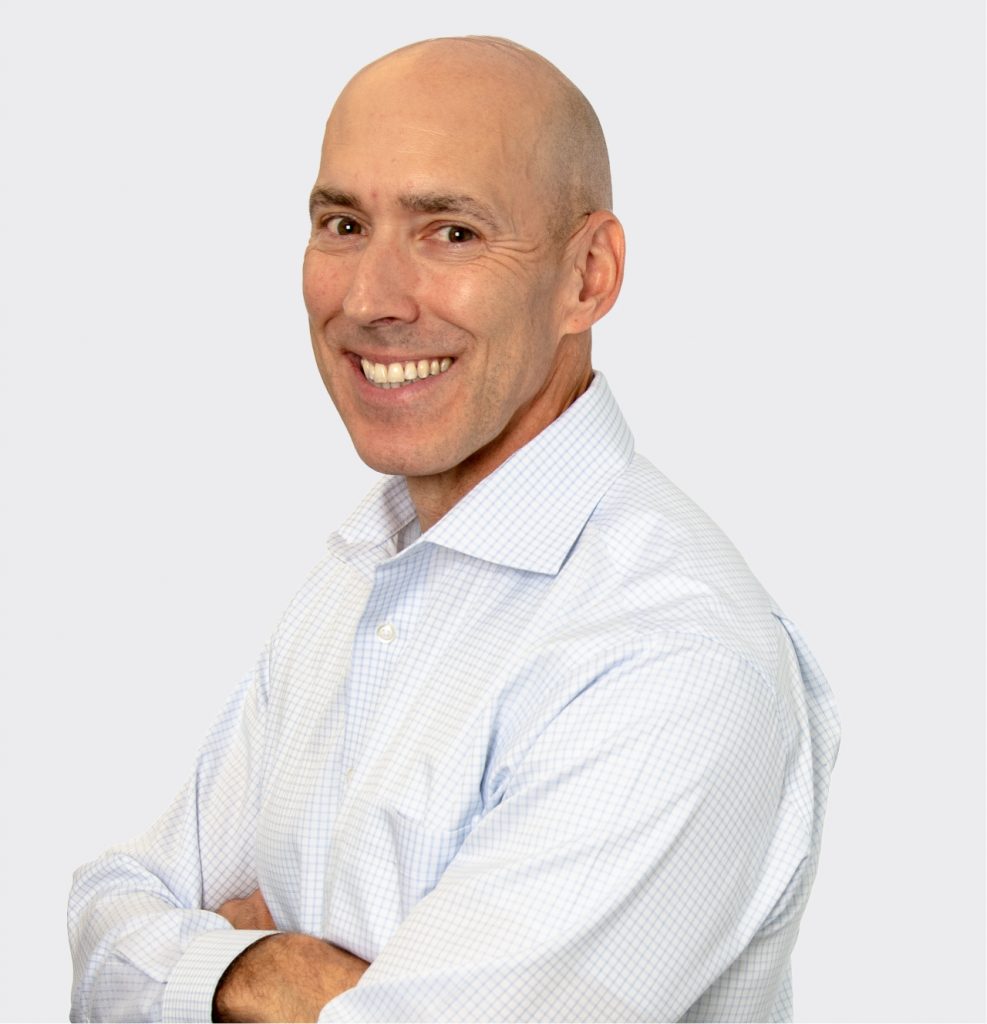 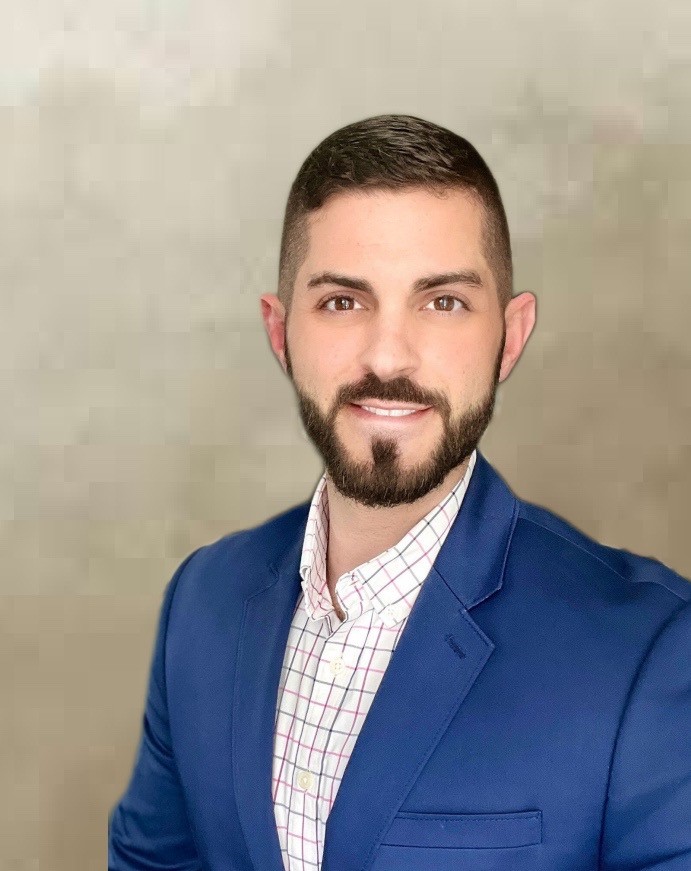 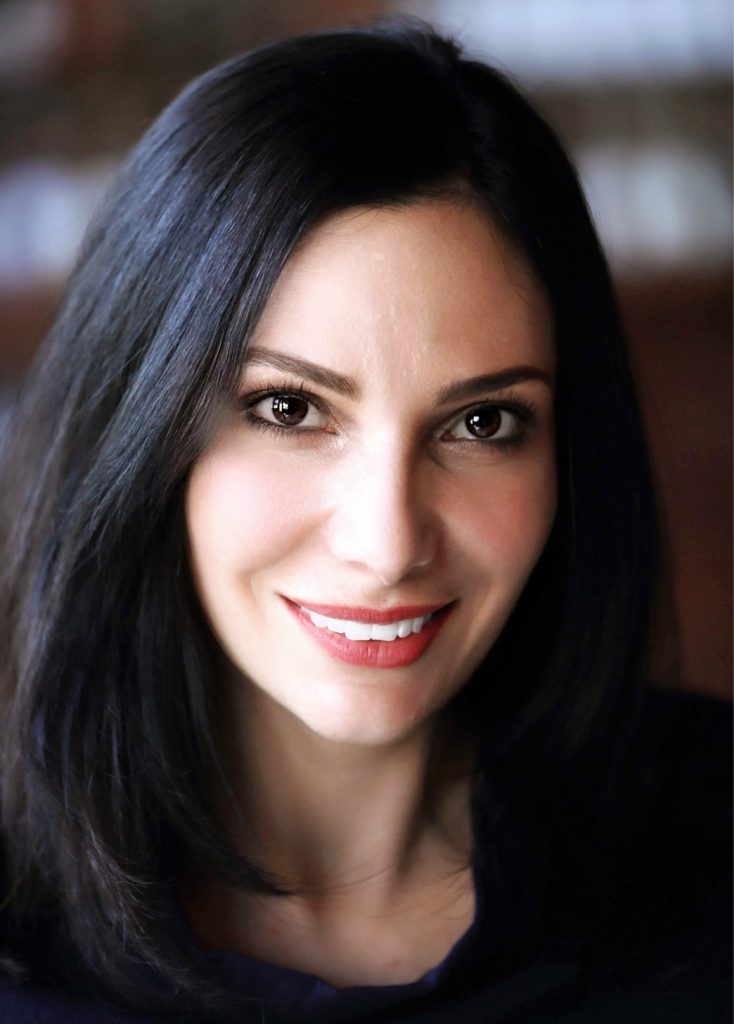 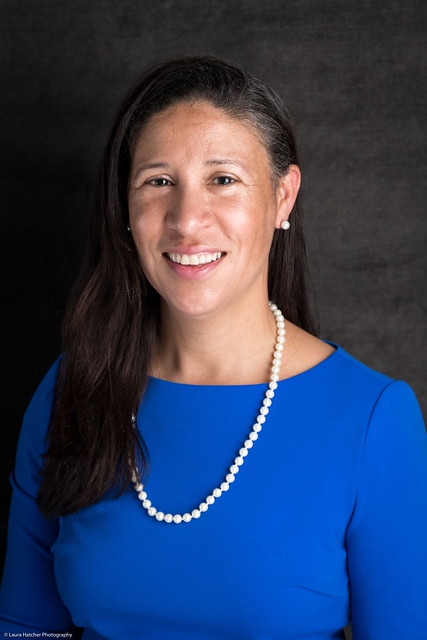 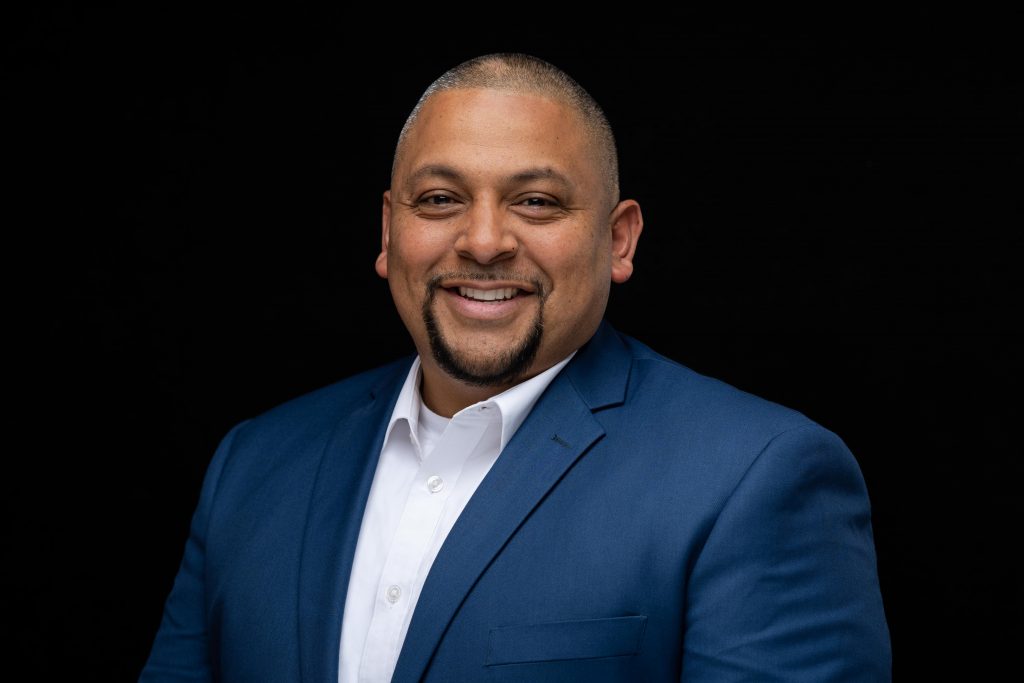 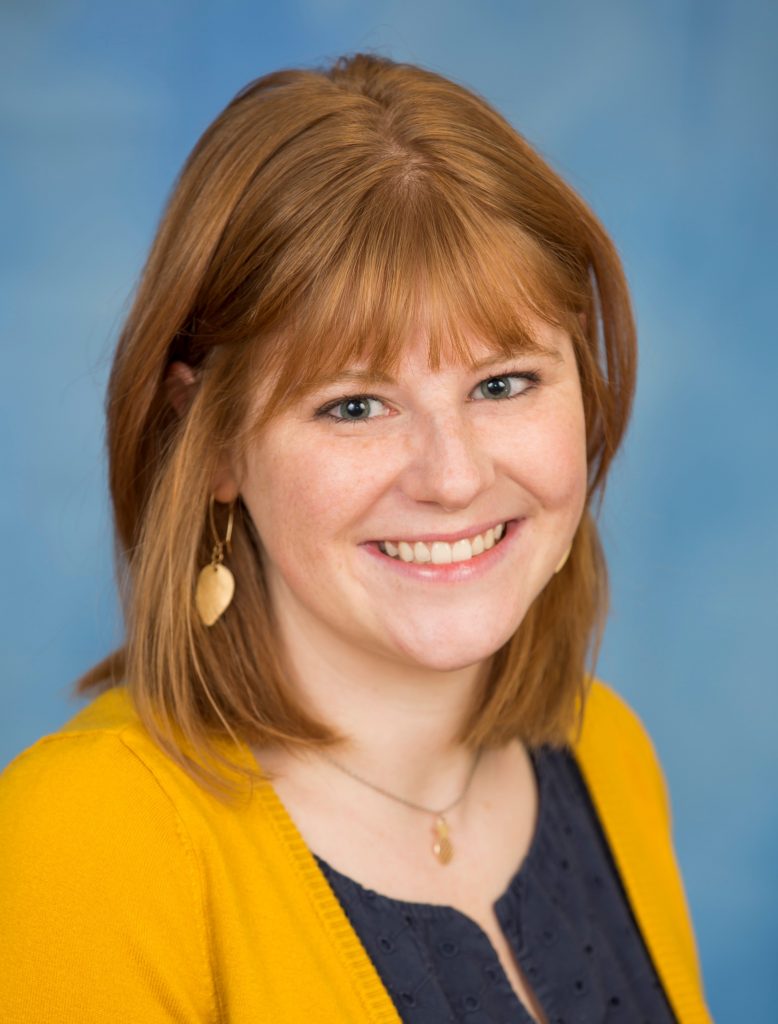 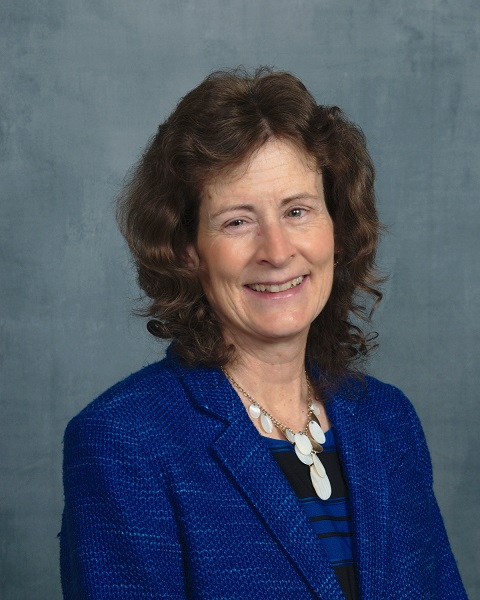 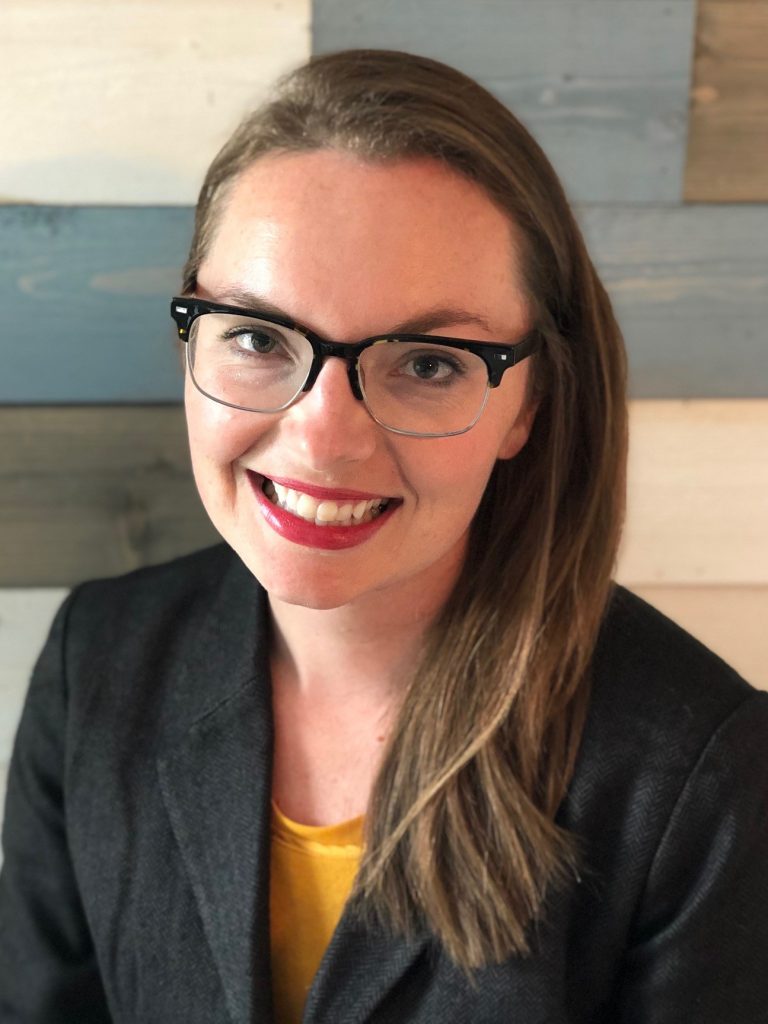 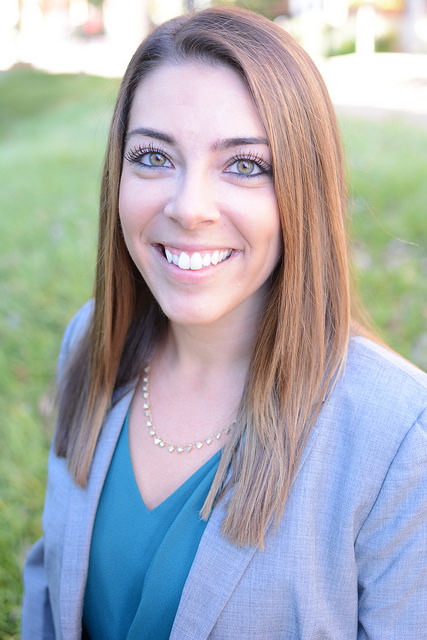 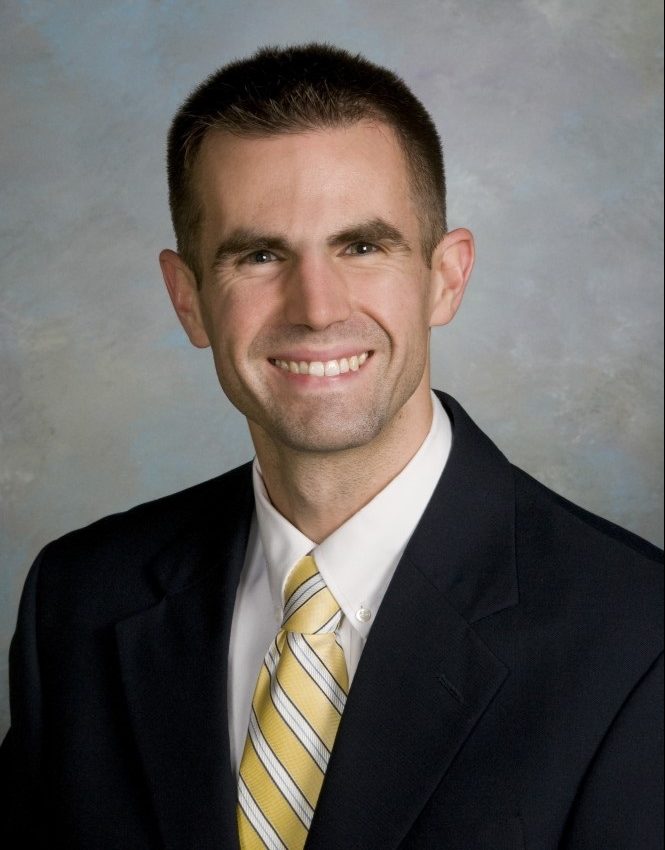 Jean is a corporate leader in communications, marketing, diversity, inclusion, language translation, and interpretation. While Jean has spent considerable time in the corporate world, her passion has always been helping others with language needs and increasing awareness and efforts around Diversity and Inclusion. This passion motivated her to start TI Verbatim Consulting (TIVC). In 2006, she moved to Virginia to join a Fortune 200 utility company of over 14,000 employees where she focused on Energy Trading, but her passion for people led her to Diversity and Inclusion efforts. She managed the entire Diversity and Inclusion program for the company which operated across multiple cultures in 14 states and four business units. Jean launched the first Employee Resources Group (ERG) program for Veterans and Women; a first in the utility company’s 100-year history. In the first six months of the program, the ERGs surpassed their initial membership goals by 900%.

Jean led program development, policy platform implementation, and extensive benchmarking with peer utilities and companies of disparate industries across the country. Other achievements included projects to increase intern program diversity and effectiveness of the program, closing the underrepresentation gap for women and minorities, establishing diversity goals, rebranding the diversity program, implementing policies for new parents, and developing system enterprise inclusion training. In 2014, Jean took a huge leap of faith with the support of her husband and started TIVC. TIVC has quickly become a successful business in the corporate and government environment and has earned the trust of customers such as Canon, Dominion Energy, Department of Energy, Department of Defense the Bureau of Fiscal Services, Defense Logistics Agency, and NASA. Jean has certifications in Six Sigma and Change Management with an emphasis on Process Improvement and Service Quality. She holds a Bachelor of Science in Criminal Justice and a Master of Business Administration. She is a Board Member for the Rappahannock United Way.

Richard earned an NROTC scholarship and attended the University of Wisconsin earning a Bachelor of Science in Political Science. Upon graduation, he was commissioned as a Naval Officer with a career path in Naval Aviation. He completed training for the Maritime Patrol Aircraft community, attending various aviation training commands.

Richard was a mission commander and led Western Pacific and the Middle East deployed Maritime Patrol and Reconnaissance aircrews on missions conducting Intelligence, Surveillance and Reconnaissance; Anti-Submarine Warfare; Command and Control; and Counter-Piracy and Mine Warfare, completing more than 3,600 flight hours.

Richard was also an aircraft carrier flight deck officer on the USS John F. Kennedy responsible for 250 personnel. He supervised the safe launch and recovery of over 10,000 aircraft in combat operations shortly after 9/11 and qualified as an assistant air boss.

Assigned to Washington, D.C., Richard completed his Master of Business Administration in Project Management from the University of Mary Washington. He served as a manpower and personnel budget analyst for the Chief of Naval Personnel. Richard coordinated strategic personnel planning and communications for Congressional testimony and for the Chief of Naval Operations.

In 2014, he co-founded TI Verbatim Consulting and serves as its Senior VP.

Justin Clark joined TIVC in 2021 and is responsible for the planning and coordination of operational and financial activities within the organization. His experience and leadership have been focused on the development and implementation of efficient and cost-effective systems and processes designed to meet the current and future needs of the company. Working closely with the CEO and other members of the leadership team, Mr. Clark provides leadership and support in meeting company objectives and achieving its mission.

Prior to joining TIVC, Justin served as chief administrative officer for a small consulting firm focusing on business support and information technology services. Responsible for the oversight of operational departments including Programs, Human Resources, and Finance, he led efforts to deliver best-in-class services to customers while implementing new processes and procedures to refine and optimize corporate processes.

In addition to his experience in government and commercial consulting services, Justin also spent several years working in financial compliance and risk management for a federal credit union in Washington, D.C., as well as gaining management and operational experience in the service and hospitality industries.

Originally from a small town in East Texas, Justin strove to live and work somewhere with values of individuality, equity, and inclusion. In 2011, he relocated to D.C. where he lives with his partner. He is proud to work with TIVC in support of their goal of helping people work better together.

Justin holds a Bachelor of Arts in Psychology from Texas A&M University, earned his Master of Business Administration (MBA) from the University of Maryland Global Campus, and is also a certified Project Management Professional (PMP).

Yael Freimann joined TIVC in 2021 and brings with her a strong record of developing and maintaining lasting business relationships with clients, proposing new and profitable business opportunities, and developing business strategies per institutional initiatives and goals. Yael has developed policies, created training curricula, and provided program coordination for government and non-profit agencies. Her background includes experience working as the Sexual Assault Response Coordinator for the Navy at a joint base overseas and managing sensitive and classified incidents within an international landscape while monitoring and managing compliance and training for over 50 commands and 8,500 personnel. She holds a Master’s in Science in Sustainable Development/Non-profit Management from the University of London and a Bachelor of Arts in Political Science/International Relations and Urban Studies and Planning from the University of California, San Diego.

Veronica is a retired Navy master chief with 12 years of experience in culture and climate assessments, focus groups, and culture optimization strategic planning. She served five years as an inspector general assistant, evaluating the effectiveness of diversity and inclusion initiatives for 437,000 personnel. She is a master facilitator of difficult conversations and a seasoned executive coach. She has a strong background in evaluating the efficiency of diversity and inclusion programs and developing strategic training plans. Veronica is passionate about change management and is an Equal Opportunity Advisor distinguished graduate from the Defense Equal Opportunity Management Institute. Moreover, she’s an expert in Industrial and Organizational Psychology.

Saul is a Navy Combat Veteran experienced in organizational culture and executive-level briefing. He has led diversity and inclusion initiatives for over 59,000 personnel and is highly experienced in operationalizing diversity, equity and inclusion. He is a human-centered design facilitator, certified mediator, coach, and expert in agile practices implementation.

Beth has over 12 years of experience developing engaging, effective, and inclusive learning experiences for adult learners in university settings. She has developed training and curriculum programs that supported thousands of learners each month, and she has implemented accessibility and inclusivity practices in complex curriculum and organizations.

Beth encourages all learners to bring their full selves to any classroom or training, ensuring that all learners feel welcomed and valued. She places a particular focus on accessibility and equity in all of the learning experiences she creates. Beth has also developed and provided professional writing training for the workforce, helping professionals to communicate effectively at work.

Beth holds a Master of Arts in English Literature from the University of St. Thomas.

She has supervised training needs, developed courses, identified the best sources, and developed training programs for 108 Defense Logistics Agency sites worldwide. Her extensive experience managing projects and programs have impacted employees and customers worldwide. Moreover, she has managed labor relations, recruitment, placement, and benefits. Cynthia is passionate about coaching employees, team leads, project leads, supervisors, managers, and union reps. Cynthia is the author of Courageously Propel Your Virtual Meetings Beyond the New Normal, where she presents 30 relevant and meaningful tips to transform virtual meetings into productive and fun events and increase engagement.

Kaley has over 10 years of experience as a Public Affairs Officer for the U.S. Navy. She continuously applies her knowledge of communication principles, methods, and techniques to maintain a good reputation, increase business development, and ensure customer satisfaction. She is dedicated to developing, implementing, and tracking marketing plans, strategies, and tactics, including digital campaigns, print publications, social media, and websites. Kaley is experienced in tracking key performance indicators and updating systems and tactics to reach targeted stakeholders.

Ph.D., Assistant Professor of Management at the University of Mary Washington

Ph.D., Associate Professor of Quantitative Methods at the University of Mary Washington

Chris is an expert in optimization and machine learning. His present work primarily focuses on two distinct areas: developing algorithms for large-scale planning and scheduling problems in the logistics, supply chain, and transportation domains and using machine learning techniques to discover, extract and fuse information from social media and other disparate data sources into a consistent and reliable story.